1961
The North Dakota Legislature appropriated $50,000 for educational television. Half the funds were used by Public Instruction to hire a consultant; the balance was used in 1963 to purchase a television antenna for KFME.

1963
Clair Tettemer was hired as general manager, the first employee.

KFME received from NET a grant of $65,000 for a videotape recorder and videotape.

KFME filed an application for $130,000 in federal funds

The North Central Council for School Television was formed.

1964
KFME signed on as the first educational television station in North Dakota. The broadcast schedule was expanded to five nights a week and three hours on Sunday afternoons.

Production of the series Art About Us was initiated.

A federal grant of $25,000 was received to initiate a series titled Red River Land.

The Hill Foundation of St. Paul approved a grant for microwave interconnection to Minneapolis/St. Paul. KFME began broadcasting programs in color via videotape, becoming one of a handful of educational stations to have color videotape facilities. 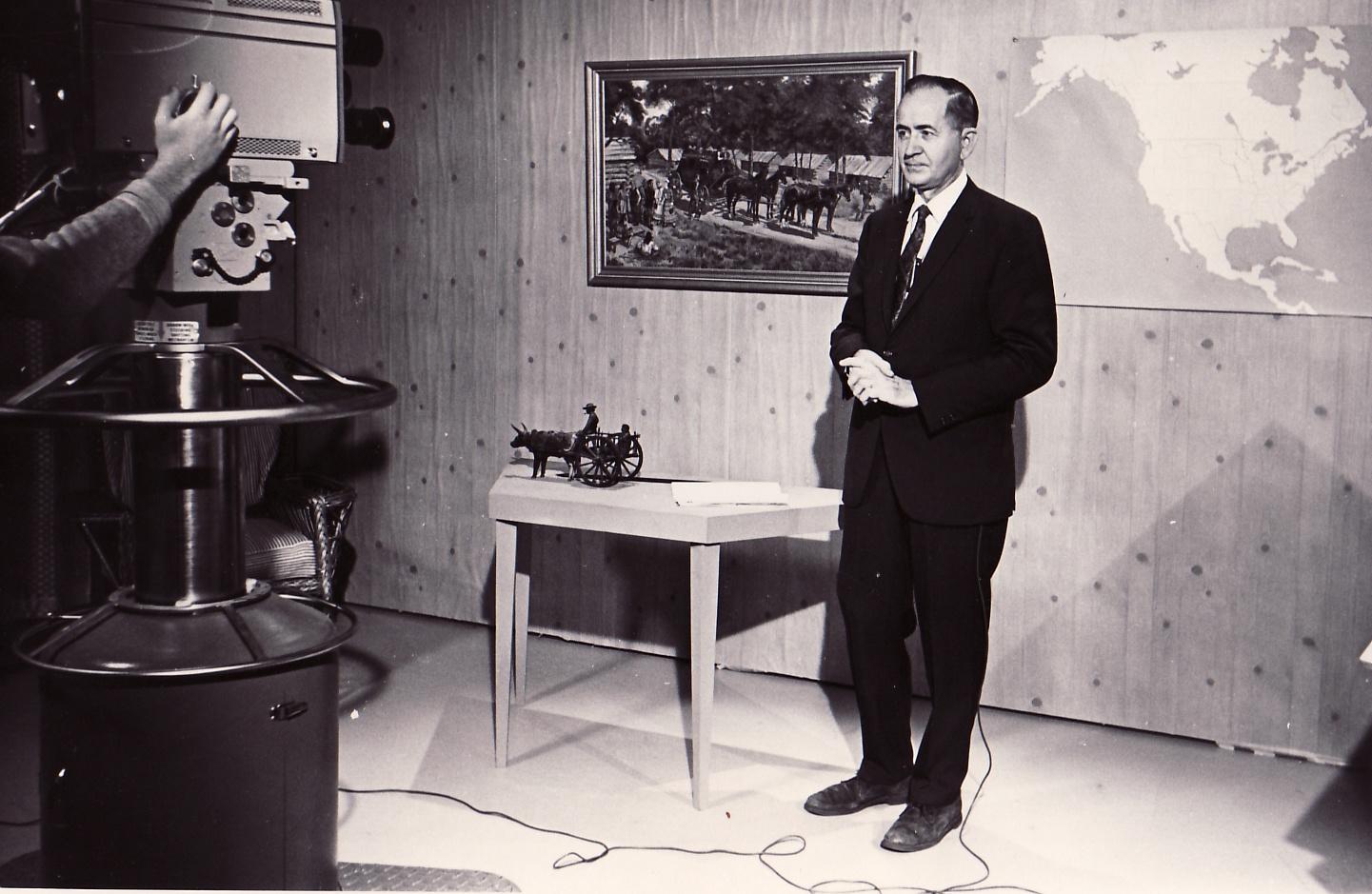