Every way to listen to Prairie Public's Radio Service

Prairie Public's roots, rock and jazz featuring "Into the Music" with Mike Olson and "World Cafe," plus two hours of NPR's "Morning Edition" on weekdays and "Sounds Eclectic," "Mountain Stage," and "Acoustic Cafe" on the weekends. View Schedule >

Depending on your location, you will receive one or two of these streams with your radio or in your car. 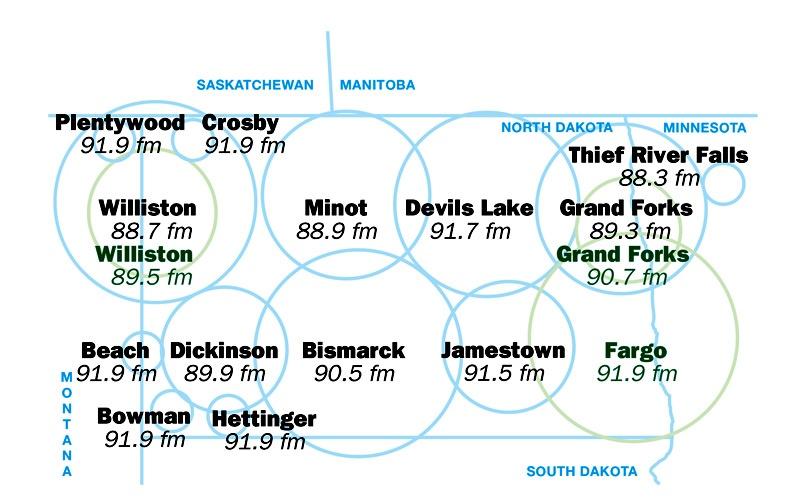 Prairie Public’s roots, rock and jazz featuring “Into the Music” with Mike Olson and “World Café,” plus two hours of NPR’s “Morning Edition” on weekdays and “Sounds Eclectic,” “Mountain Stage,” and “Acoustic Café” on the weekends.

Prairie Public’s roots, rock and jazz featuring “Into the Music” with Mike Olson and “World Café.” Also includes “Morning Edition” and “All Things Considered,” “Marketplace,” and interviews and discussion on “Main Street.”

Other Ways To Listen

Listen to Prairie Public on your smart speaker!

To set up the Amazon Skill, say "Alexa, enable Prairie Public." Our app will then be "enabled," giving you on-demand access our local streams and podcasts with your Amazon Echo.

On your Google Home or Apple HomePod, ask for Prairie Public or one of our station's call letters.

Learn more about how to listen to NPR, NPR podcasts, and NPR One with your smart speaker.

Find our shows on your podcast app

Stream our shows on the go! Our podcasts are available on Apple, Google, Stitcher, Spotify, and everywhere else you find your podcasts. See our list of podcasts.

Download the Prairie Public app on your favorite device

NPR One is the audio app that connects you to a stream of public radio news, stories and podcasts curated for you. Informing, engaging, inspiring and surprising. From the ends of the earth to the tiniest corners of your city. Learn more.

A weak signal is the most common reception problem. It can be caused by distance, geographic features, or manmade features such as buildings. FM reception can vary a lot over short distances.

Multipath distortion happens when your radio is receiving the signal, but then also picks up an “echo” from a hill or a building. Since the echo is delayed, the two signals interfere with each other. Adjacent channel interference occurs when another station is on the next frequency. The solutions are the same as described above — moving the radio or attaching an antenna. Getting an HD (hybrid digital) receiver eliminates this problem also.

A note about HD Radios

All Prairie Public stations broadcast in HD and analog — an HD radio can pick up both. Our experience so far has been, though, that the digital part doesn’t pick up at a distance as well as the analog, so if you are in an area of fringe reception, an HD radio may not matter at present. A good reason to try to get the digital part of the signal, though, is that with HD you can get two streams of Prairie Public programming.

Products that may help improve your reception

These links to commercial businesses are provided for your convenience, and Prairie Public receives no compensation from any purchases you may make.